28th May 2017Written by debbietomkies 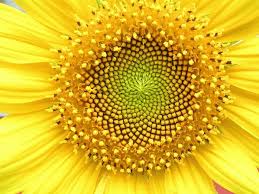 Whether sketching, doodling, taking photographs or just observing, I find myself continually drawn to spirals. If we look around us, spirals are everywhere. Nature loves spirals and these naturally occurring logarithmic mathematical forms are quite fascinating.

There are variants in the spiral depending on a variety of mathematical characteristics and views differ as to the extent that architects, artists and designers use spirals such as the so called ‘Golden Ratio’ in their work (and, it is argued, this is one of the reasons we are so attracted to such creations and images).

For an interesting starting point on this subject see:

In nature, similar, but not identical, logarithmic forms provide for the growth of molluscs, galaxies without altering the overall shape. The Fibonacci spiral describes the mesmerising form of many natural spirals such as pine cones, sunflower heads, ferns, pineapples, beehives, even cauliflowers!

“The Spiral is one of the oldest, most sacred prehistoric symbols found in human history. It has been found in megalithic art from as far back as 24,000 years ago. The symbol decorates many ancient temples and it is an almost universal symbol. From the ancient Celts to the Aborigines, from the native Americans to the ancient Chinese, the symbol is found in every indigenous culture across the world. It was a sacred symbol in all these cultures and calls us back to a time when Pantheism was probably humanity’s primary religious belief and Nature and the Earth were respected and honoured”.

“The Spiral, which is the oldest symbol known to be used in spiritual practices, reflects the universal pattern of growth and evolution. The spiral represents the goddess, the womb, fertility and life force energy. Reflected in the natural world, the Spiral is found in human physiology, plants, minerals, animals, energy patterns, weather, growth and death. The Spiral is a sacred symbol that reminds us of our evolving journey in life. When used as a personal talisman, the Spiral helps consciousness to accept the turnings and changes of life as it evolves. The acceptance of change is one of the greatest freedoms a human can experience, putting consciousness in the present moment where the power of creation is condensed. On a larger scale, using this symbol assures all beings are reminded of their inward and outward evolution, a balanced and centred state of mind. On water, it carries the power to flow and change”.

“The Healer’s Hand, also known as the Shaman’s Hand, is an ancient symbol of healing and protection. The image consists of a hand with a spiral palm and it is believed to have come from the Native American solar hieroglyphs that have been found in a number of places in the south-western part of the United States.

The spiral is a universally accepted symbol of eternity and in some traditions, it also symbolizes the deity or the Spirit. When the solar spiral is used to the make the shape of a hand, the resulting figure is believed to be infused with therapeutic energy. Therefore, the Healer’s Hand is considered to be representative of the curative powers of a Shaman”.

Tutor feedback (from my notes of our skype discussion) (note: formative written feedback sent via GoogleDrive upload) The tutor in her feedback identified a number of areas where my performance could be improved, specifically: The research was good, however, I could get more value from taking a specific work and analysing it in more depth. She […]

This final assignment was exciting but also quite daunting, being essentially self-guiding based on the progression through the module. Tutor feedback from earlier modules was, however, very helpful in helping me to determine the direction of my work and how to approach this assignment. It was a very interesting exercise to go back through the […]

For this final sample I pulled together the key elements I wanted to develop in the piece: https://www.pinterest.com/debbietomkies/oca-assignment-5-final-piece-inspiration-collectio/ I began with a selection of wool fibres, choosing colours from nature to reflect the concept of ancient carvings, hewn from the rough rock. Layering the colours of browns, golds, greens I hand-felted the fibres so that […]