For this sample I selected a range of wool and other fibres to create a felted piece. Some of the fibres were chosen as being specifically feltable (wool) and others not (synthetic). The purpose being to see how the different fibres affected the outcome of the piece. I anticipated that there would be additional texturing created by the shrinkage of the feltable fibres next to the unshrunk, unfeltable fibres.

I used a tumble dryer ball as the core of the piece. I envisaged that the spikes in the ball would add further texture. This was inspired by the textural manipulation work of industrial craft professional Tiffany Loy. The ball was wrapped tightly in fibres which were then secured in place by a piece of nylon stocking. The ball was then put through a hot, soapy wash cycle to create the necessary properties for felt (heat, soap and friction). 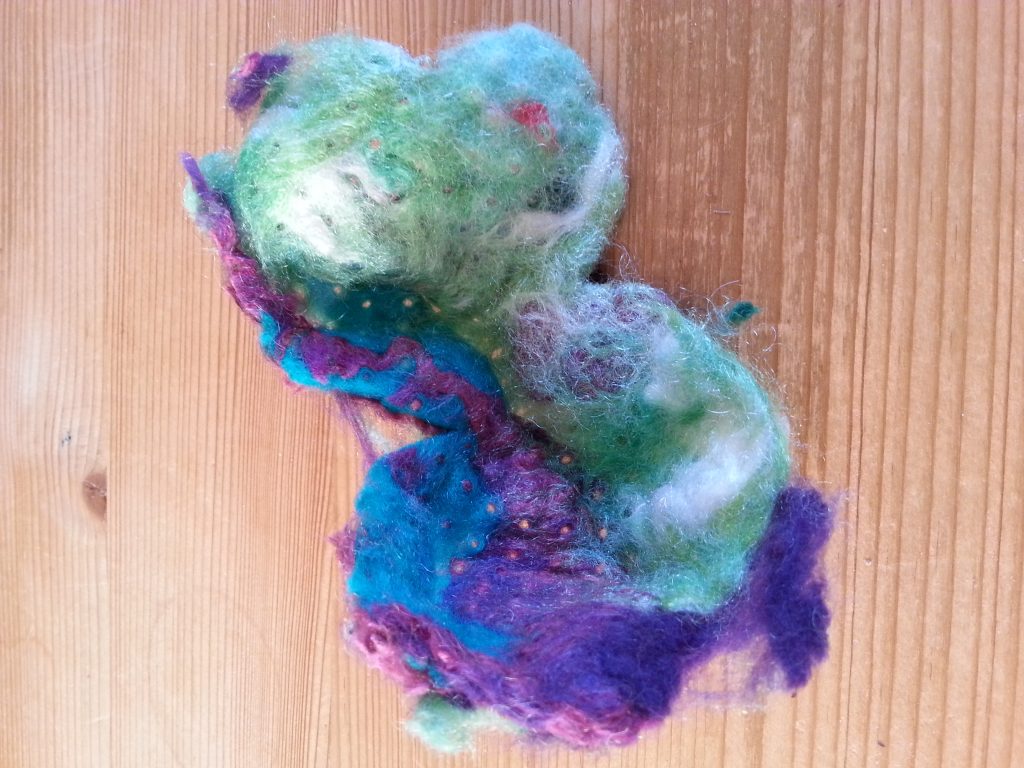 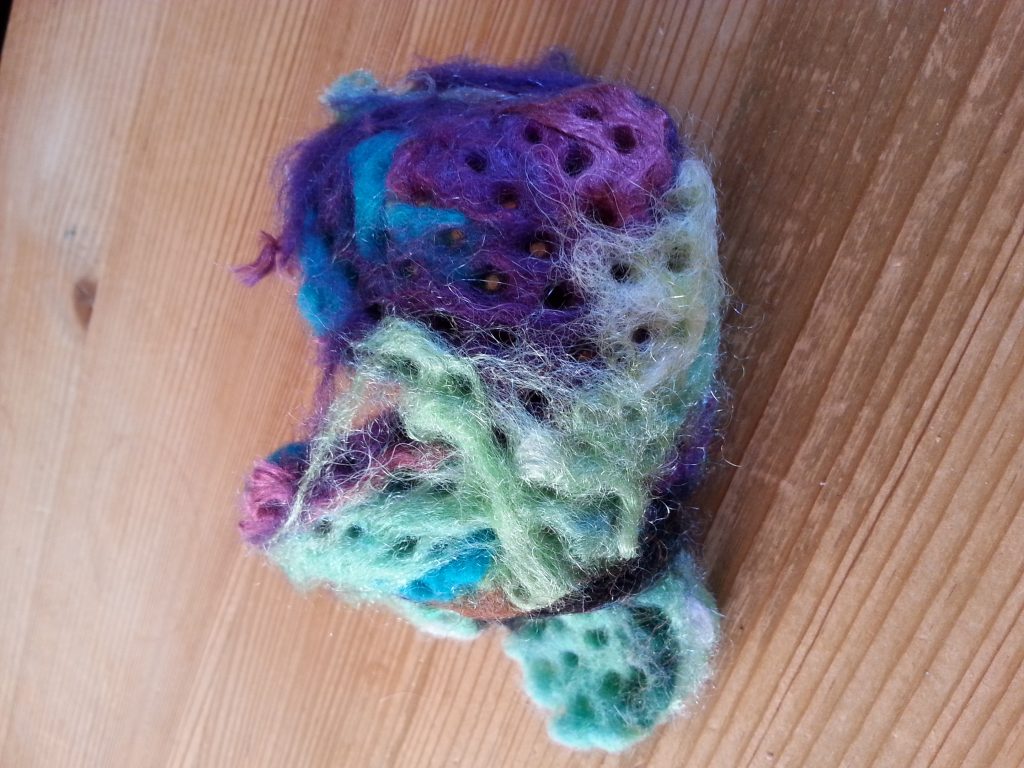 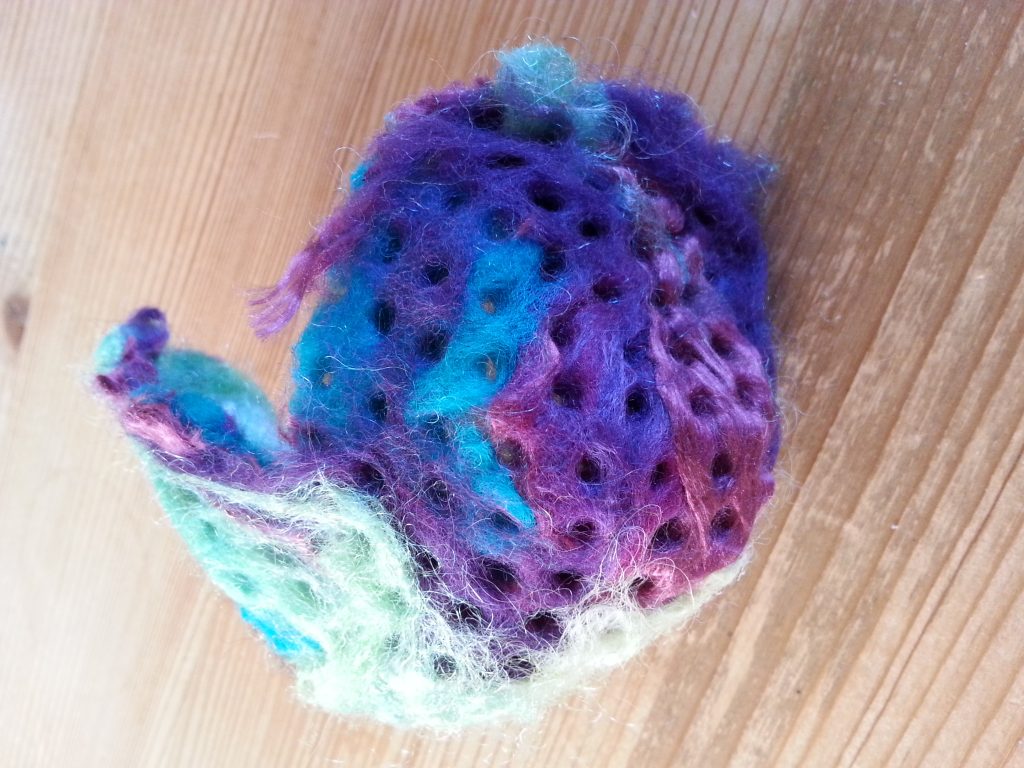 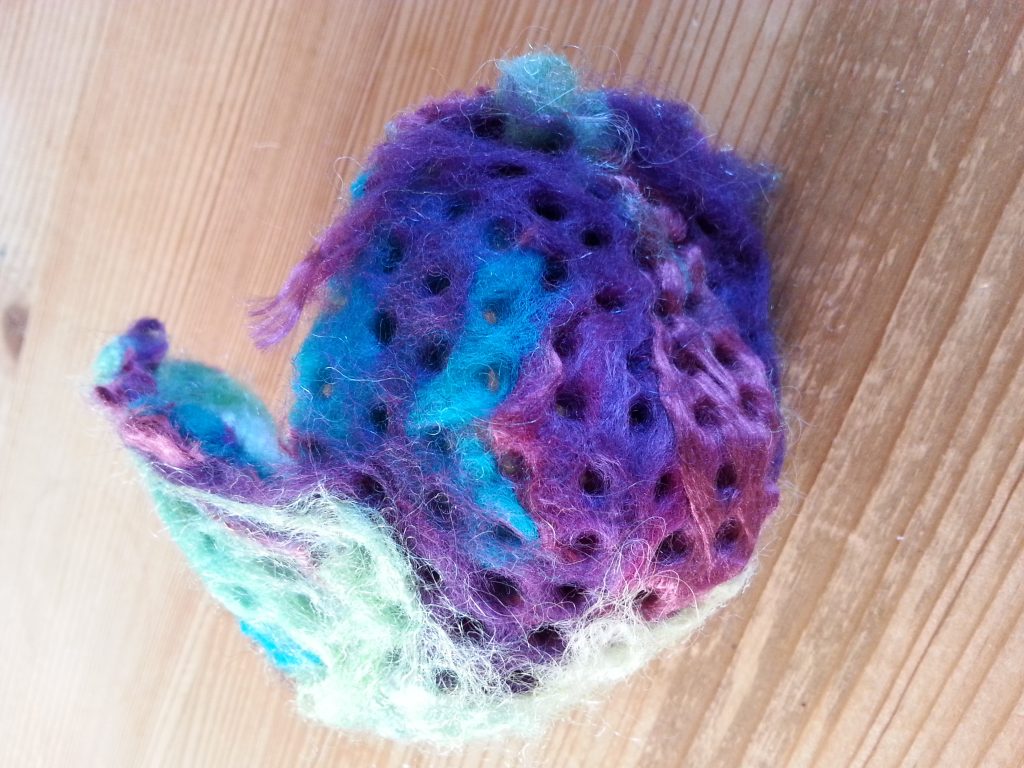 As anticipated I had to cut the resulting felt away from the ball, producing a shaped but not perfectly spherical piece of fabric. The holes created by the spikes are quite well-defined, however, the piece is too soft and rather flimsy. I think the balance of feltable and non-feltable fibres may have been too far skewed towards the non-feltable as there was inadequate bond to hold the fabric as I wanted. I am concerned that with handling the holes will be lost. Nonetheless, the piece is interesting and if captured before they ‘seal up’, the holes could be stitched or worked into.