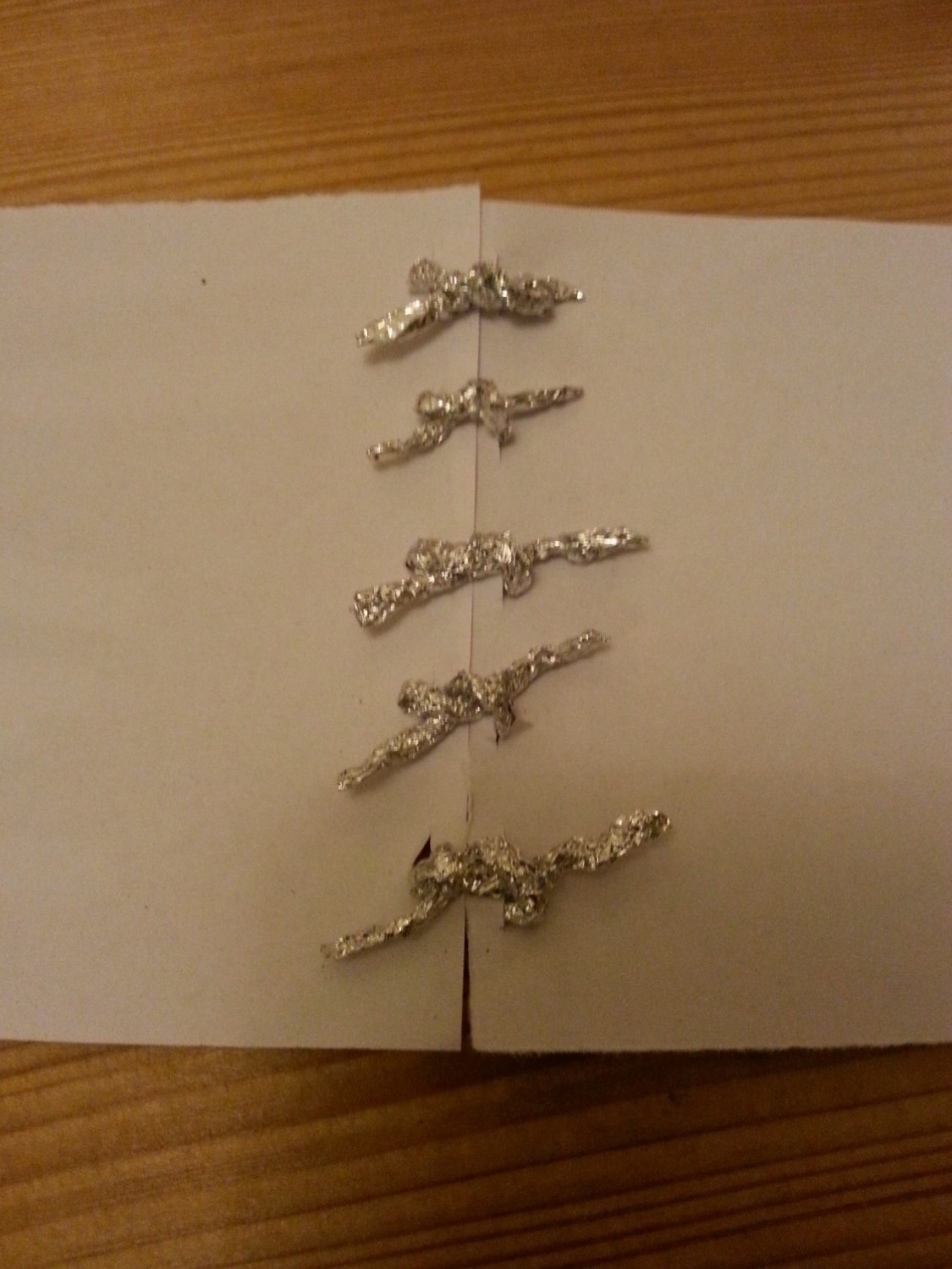 For this exercise I began with simple paper and different types of tape: 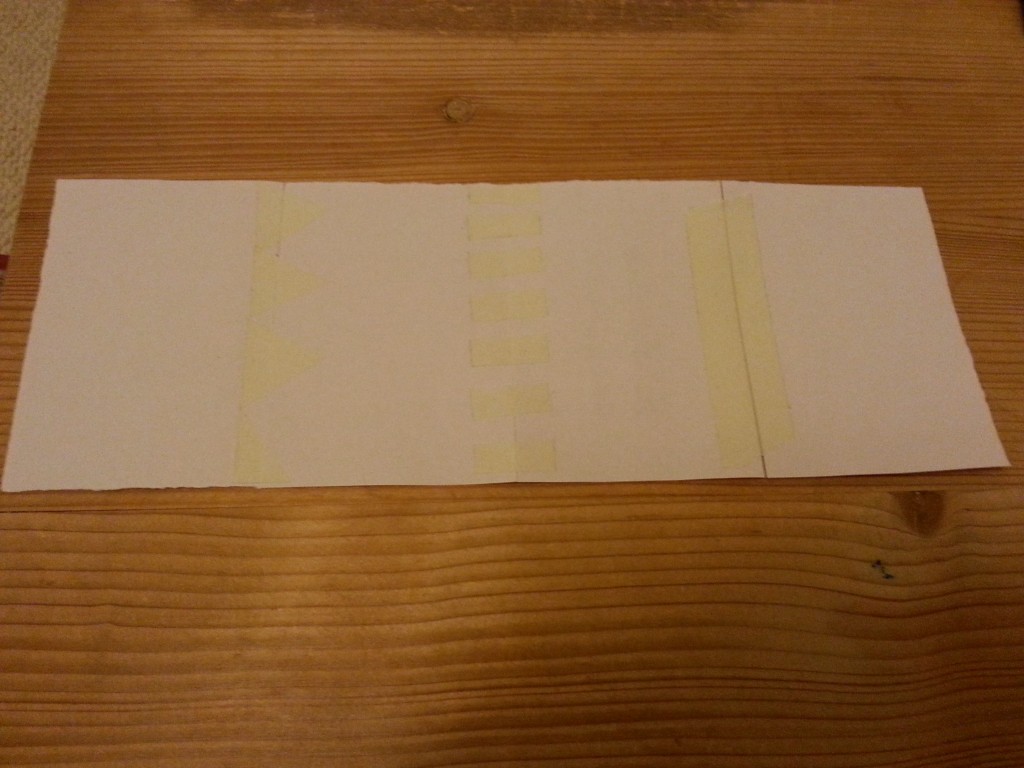 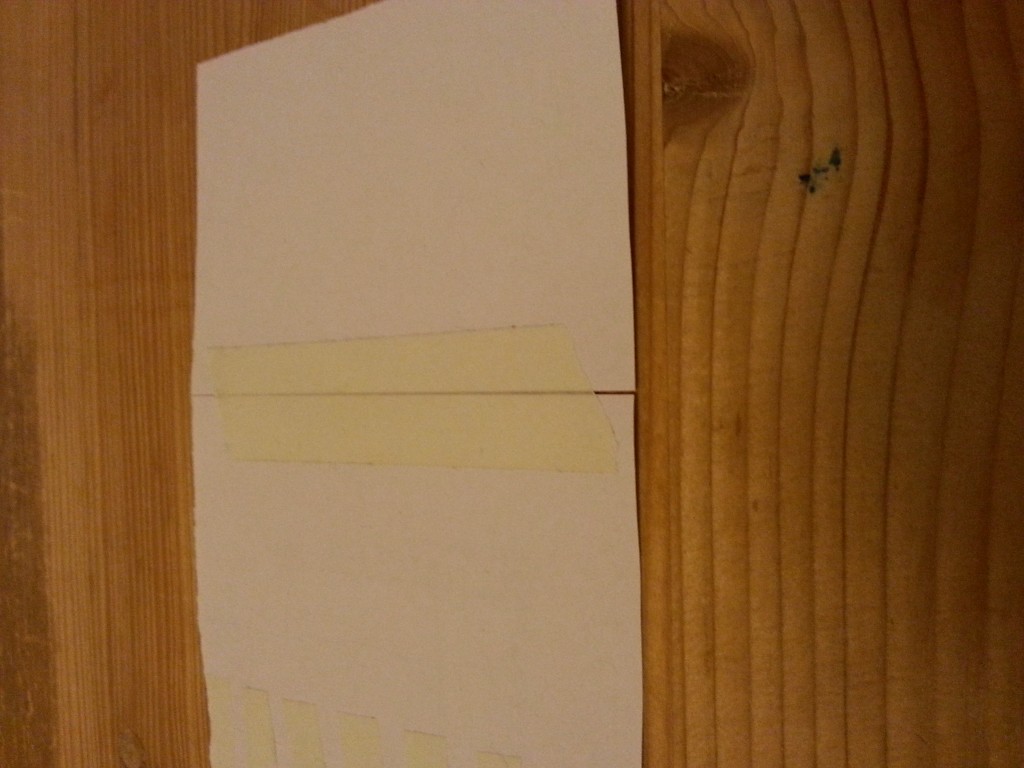 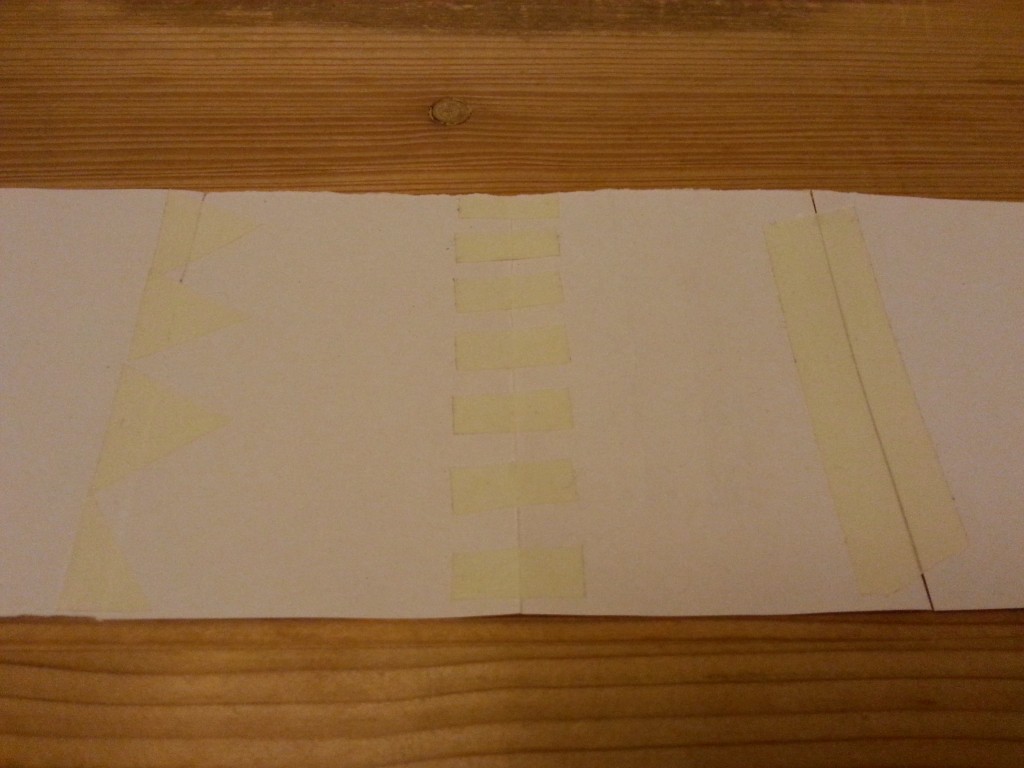 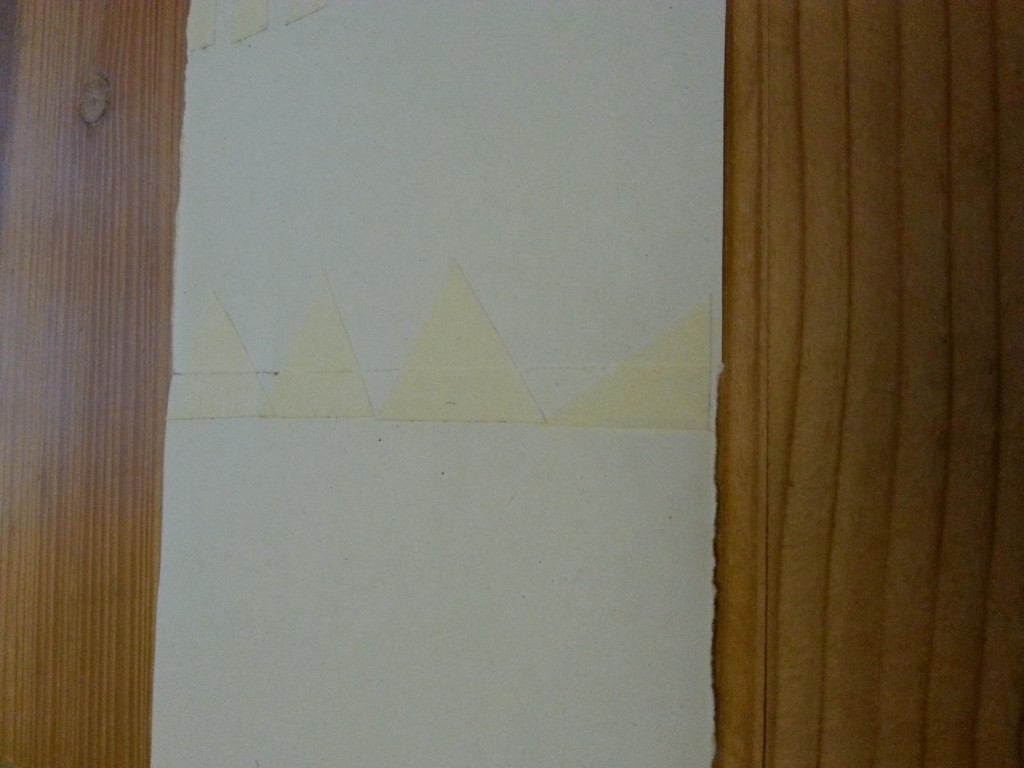 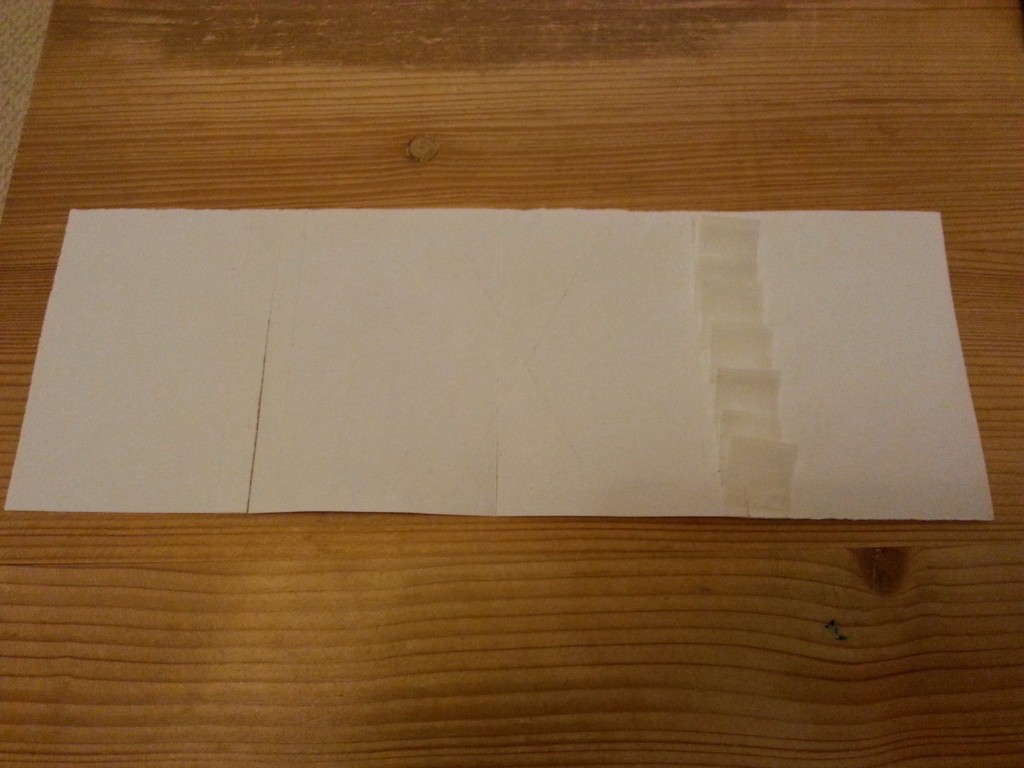 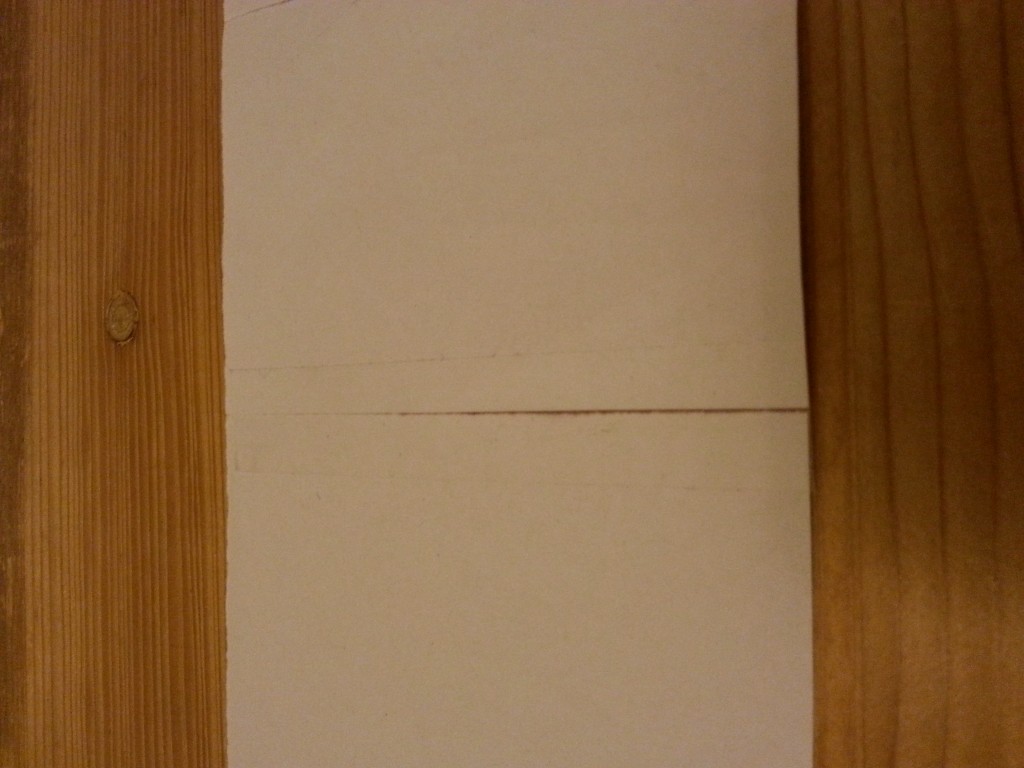 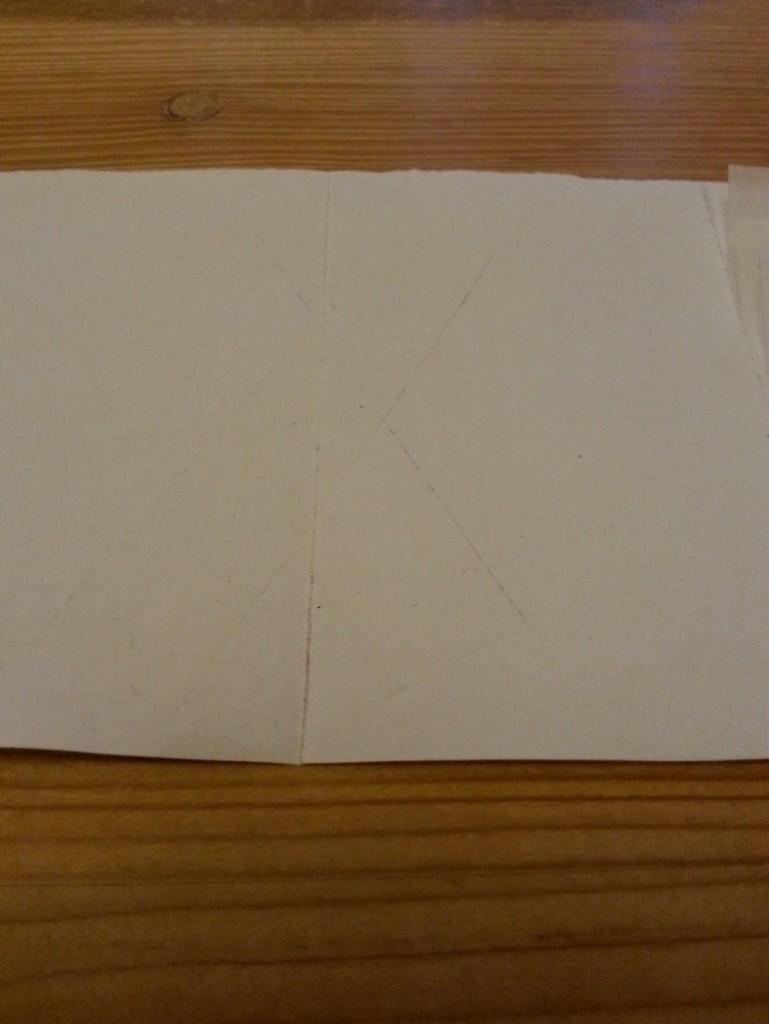 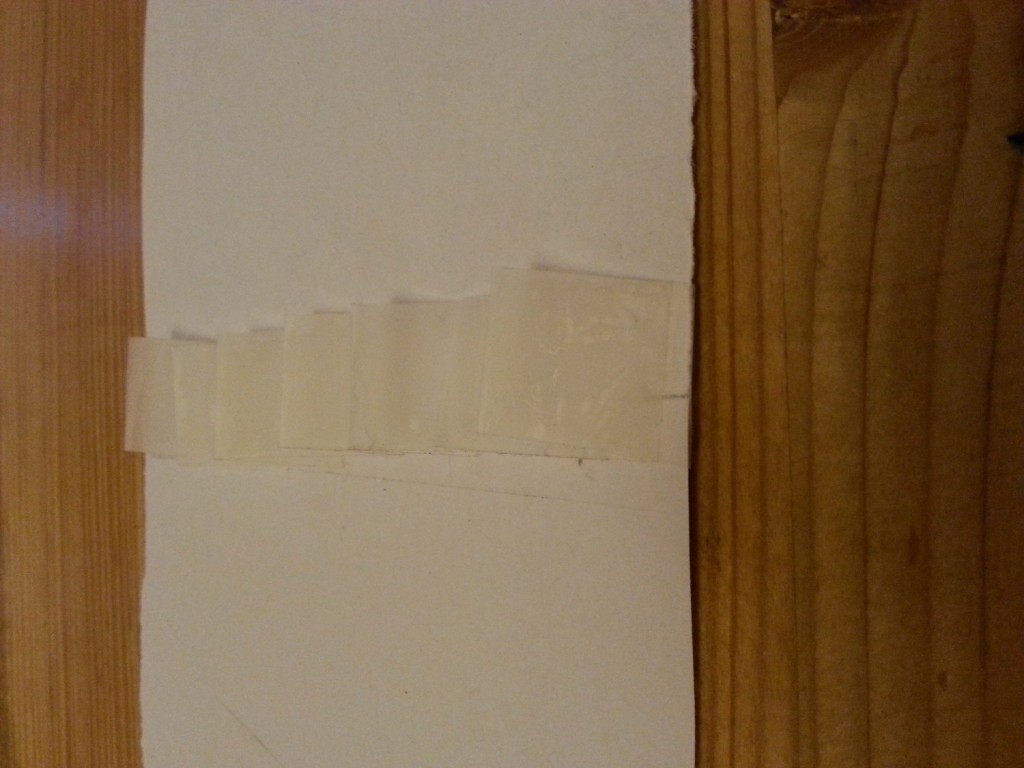 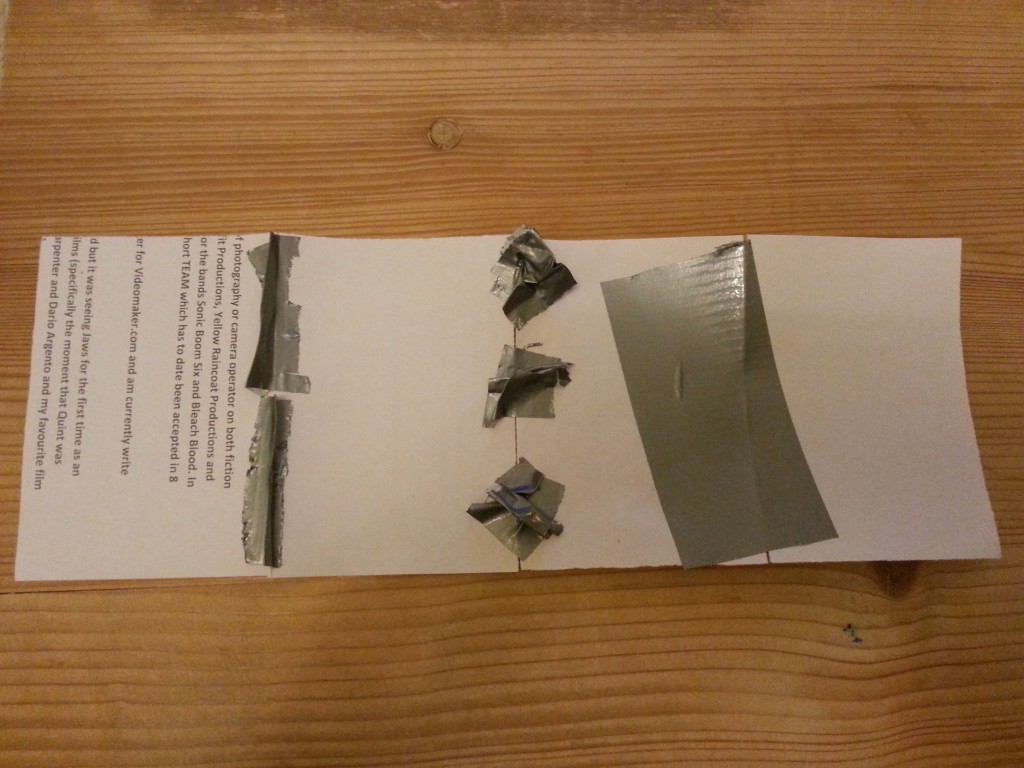 I went on to use the duct tape as the material, folded to create a solid base, and  joined it with masking tape and with the duct tape itself. 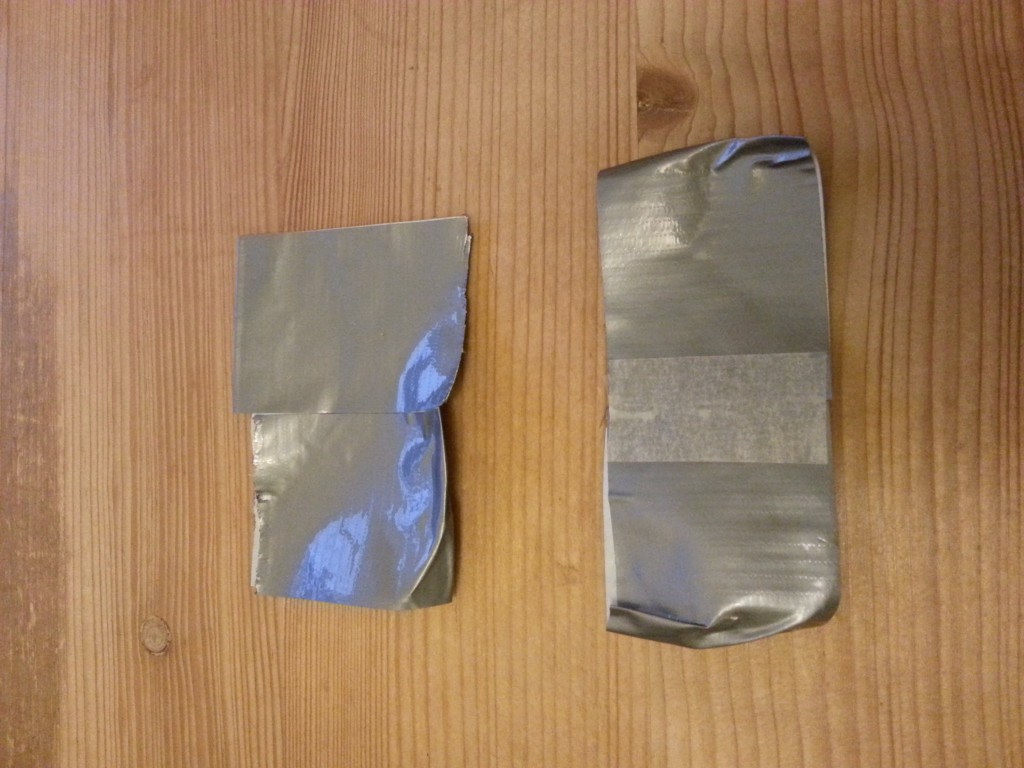 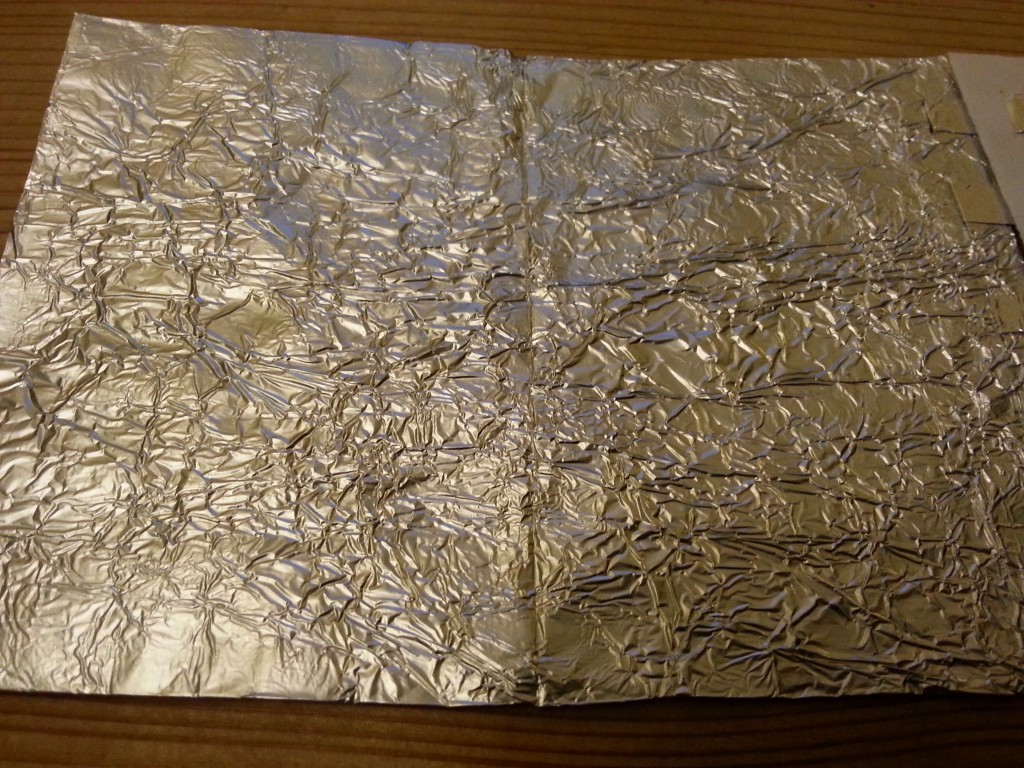 For the first sample I joined paper by butting the edges together and wrapping in aluminium foil. To give added texture I scrunched and re-smoothed the foil as I found this interesting in Part One. I have seen foil painted with alcohol inks so may explore this idea further if I can get some. 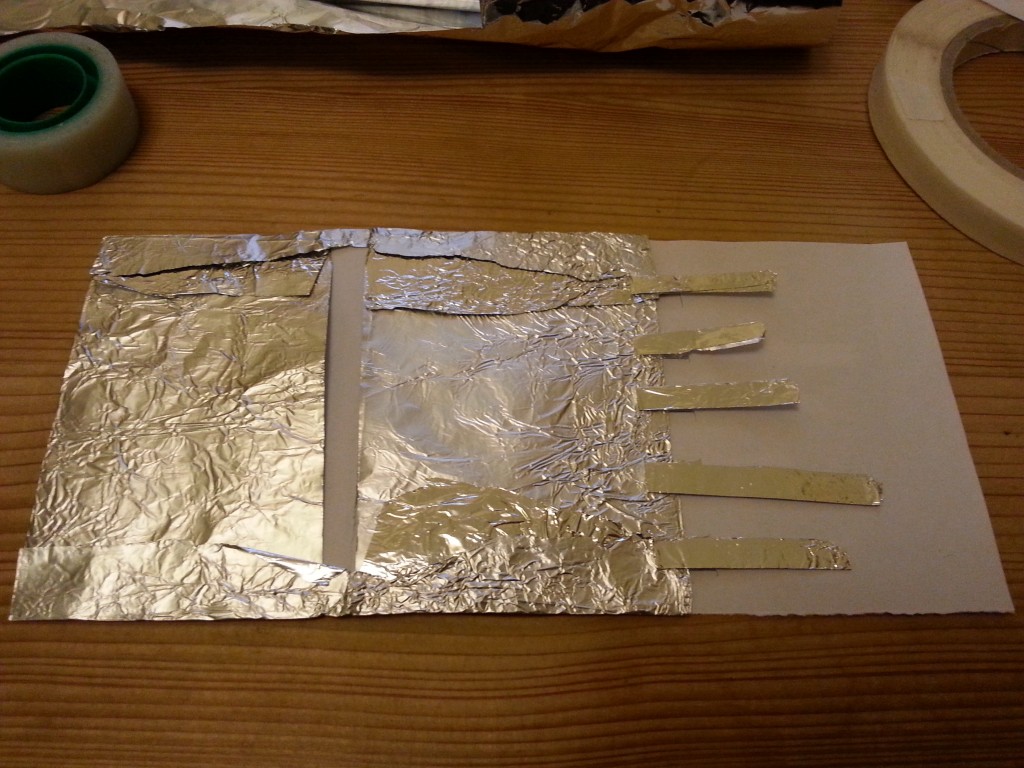 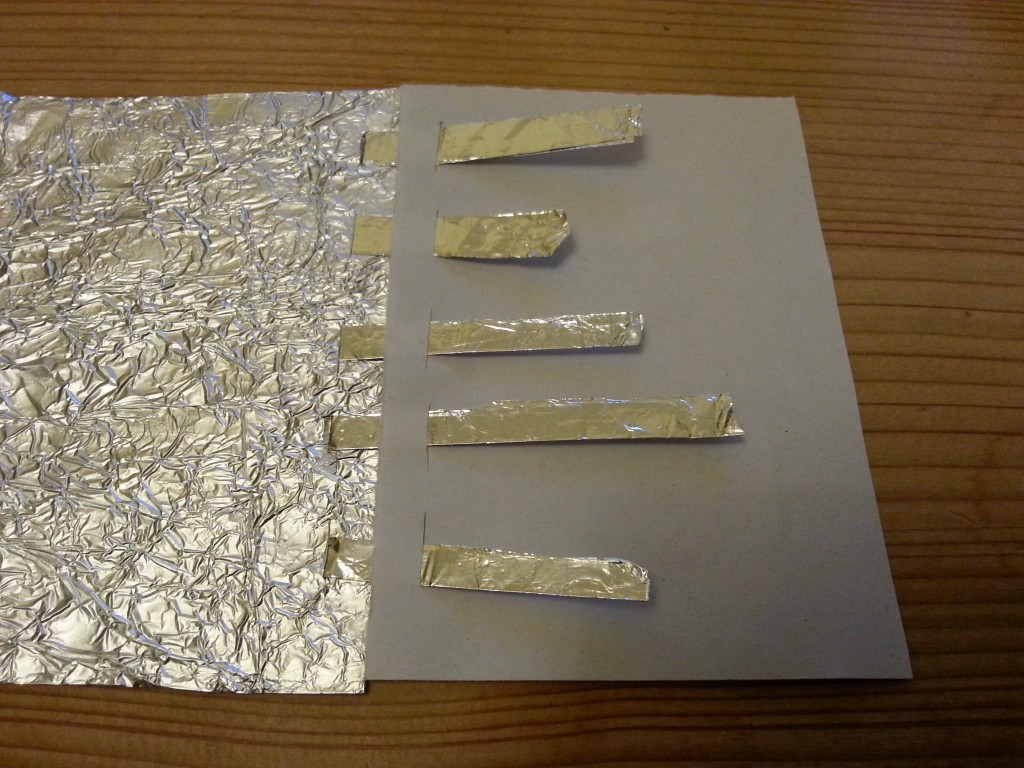 Paper wrapped with foil and joined with aluminium strips 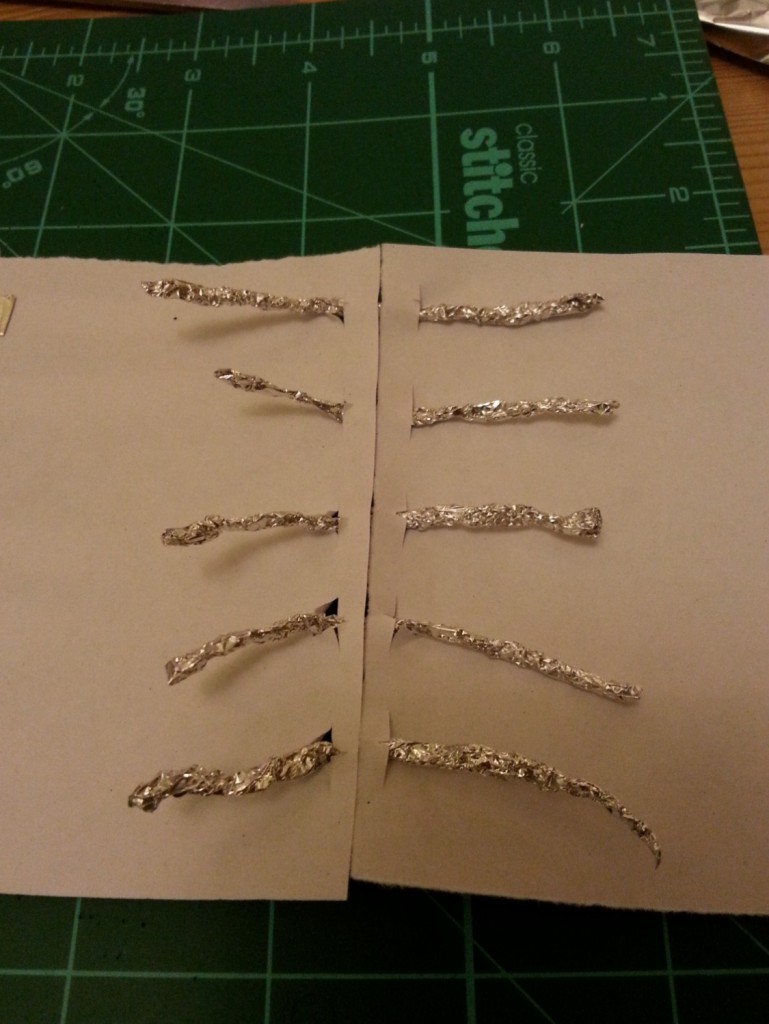 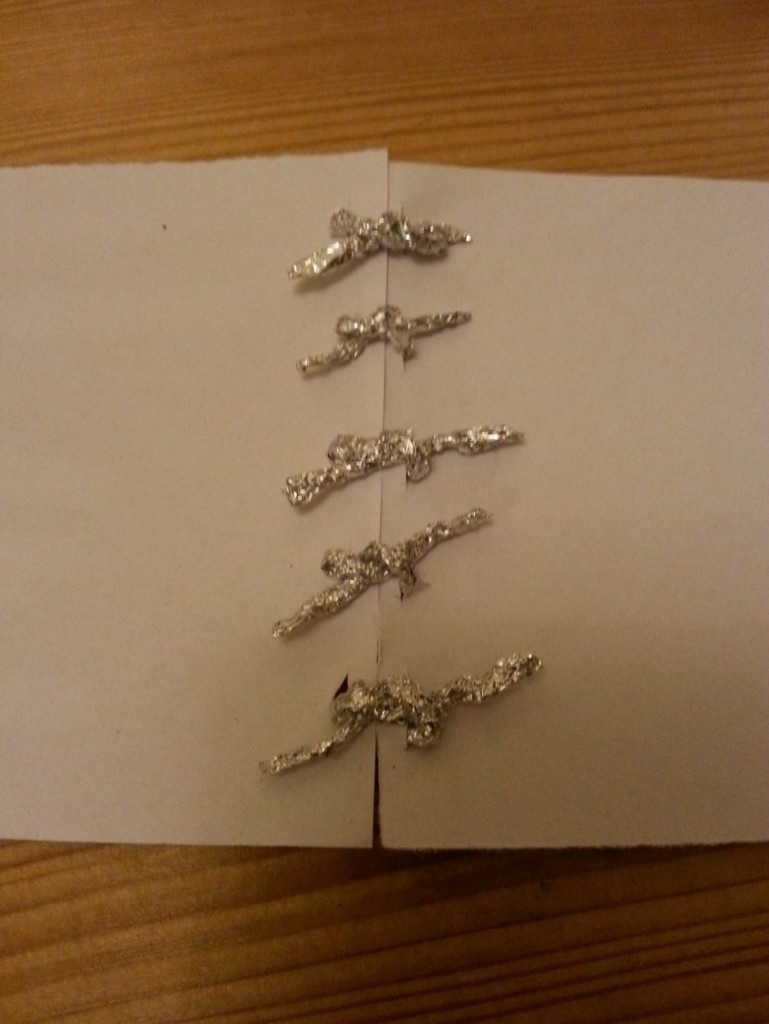 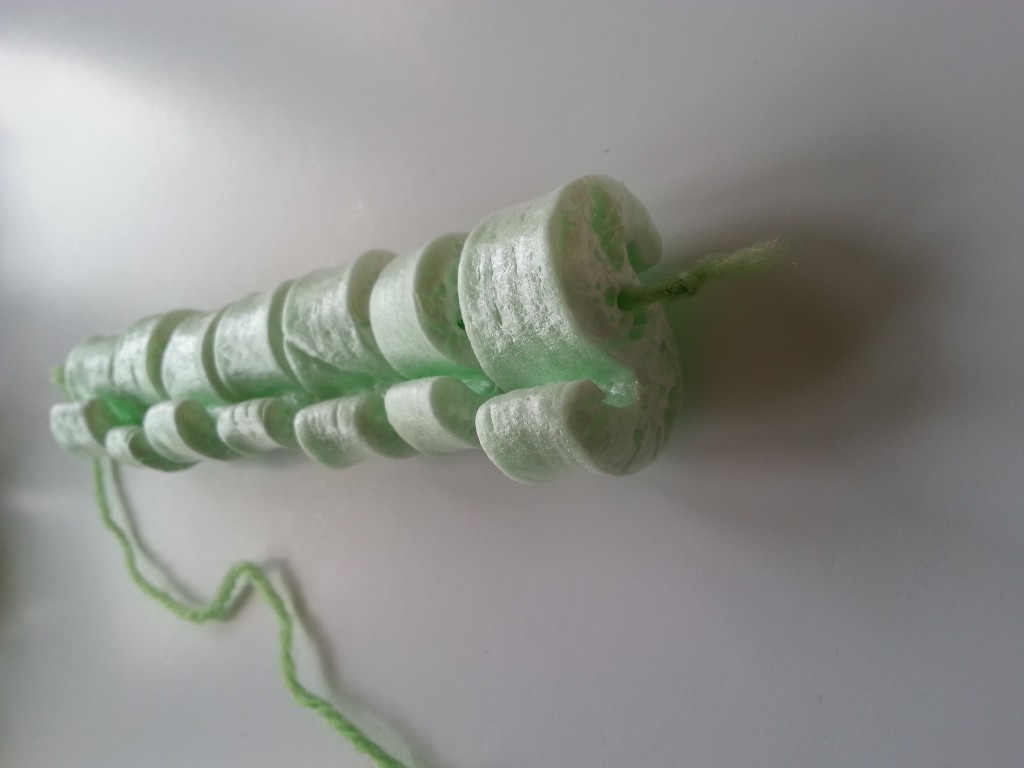 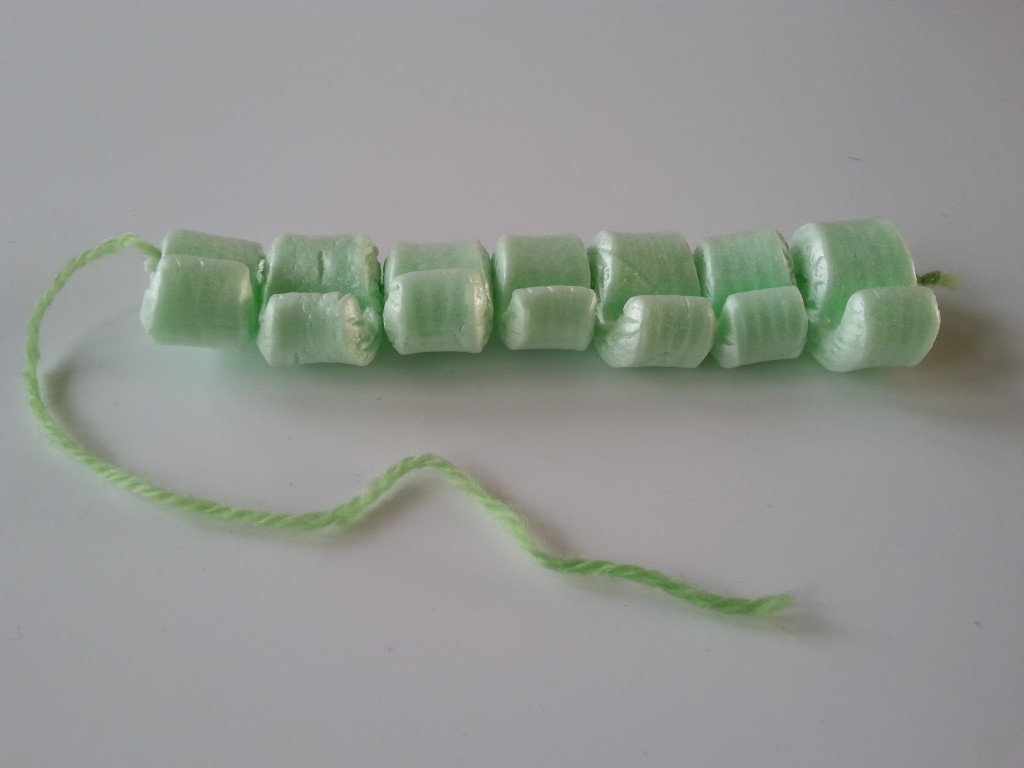 Having found a box of packaging pellets, I thought it would be interesting to see how these could be joined together. I began by threading them onto wool yarn, hand-dyed with procion dyes. I pushed them together to form a ‘caterpillar’ formation (and there are other examples in later projects). 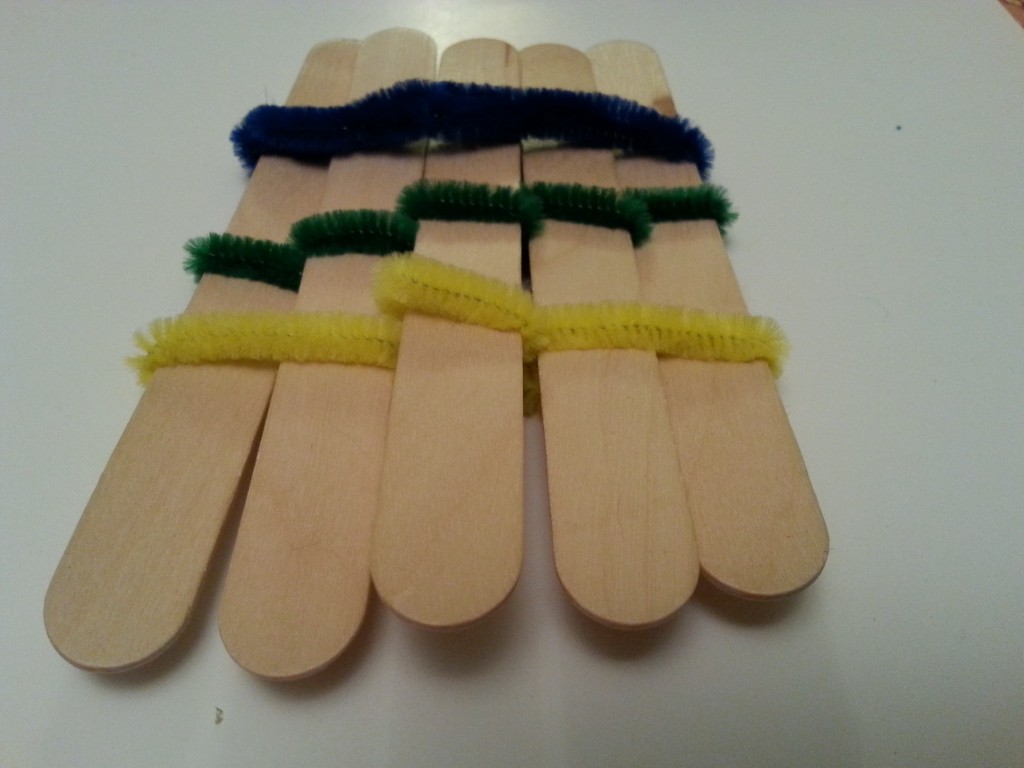 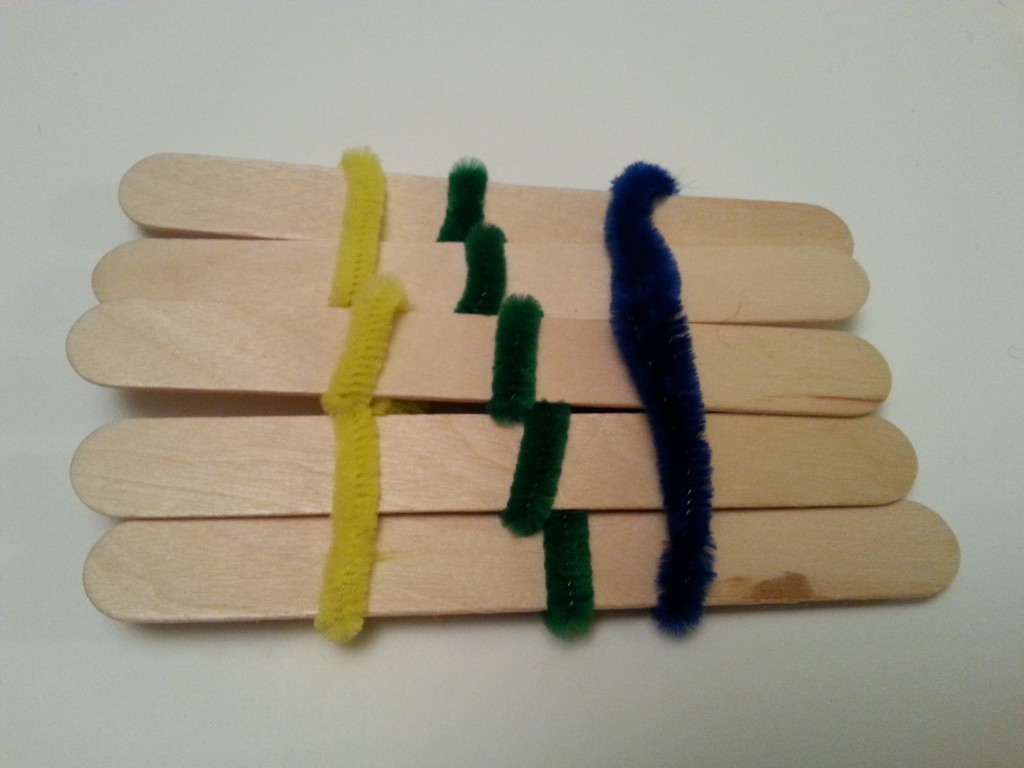 For the final sample in this exercise I selected thick wooden craft sticks and used large pipecleaners to join them together. The central green section is a wrap around each stick individually. The yellow is 2:1:2 and the blue is a single wrap around the whole set  of sticks. The thickness of the pipecleaners did make the sticks bunch up and it was difficult to keep them flat. Longer pipecleaners might have helped. I found the green section the most satisfying as the best balance of wrapping and stability.